This chapel is one of the oldest in Barcelona, and one of the few intact examples of Romanesque in the city, the twelfth century

Chapel Marcus is one of the oldest in Barcelona, whose foundation next to a hospital and a cemetery is due to the powerful banker Bernat Marcús.

Romanesque style, is situated at the confluence of the streets of Carders and Moncada and still today you can see a part of the original structure of the twelfth century.

The chapel has a built in all probability in the seventeenth century crypt at a time when religious ceremonies were held here were many, either by the Brotherhood Post or by the parishioners of San Cugat del Rec whose martyr is a relic at the feet of the Virgin Mary.

Although this chapel is known Marcús Chapel, alluding to its founder, in fact he has always been dedicated to the Virgin Mary, under the title of "Our Lady of the Guide." This sponsorship may be due to the fact Bernat Marcus was of Greek descent and in this country, as in all eastern Churches, worship Mary joined the theology of the Incarnation has a special power. 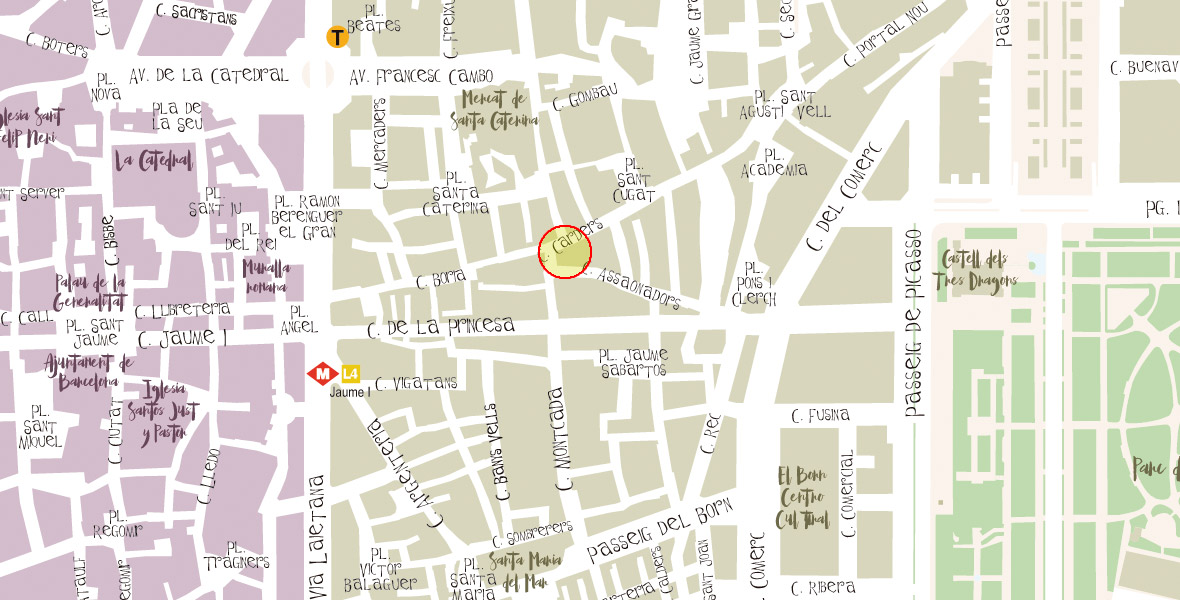