If there is anything the district has its large number of monuments, churches, palaces... 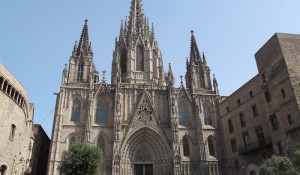 Cathedral of Santa Cruz and Santa Eulalia is Barcelona's Gothic cathedral, seat of the archbishop of Barcelona

The cathedral was built during the thirteenth and fifteenth centuries in the same place where there had been a Romanesque cathedral, and even before one of early Christian. 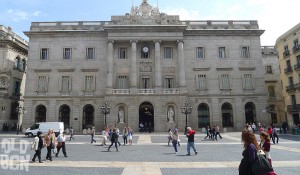 City Hall, also known as the Casa de la Ciutat, stands on one side of the Plaça Sant Jaume, right in the middle of Barcelona's Gothic Quarter

The neoclassical façade conceals Gothic gems such as the historic Great Hall, or Saló de Cent, designed by Pere Llobet and built in the 14th century. There is a tourist office on the ground floor of the building. 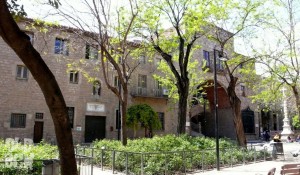 A look at the courtyards and high-ceilinged rooms which today house the Catalan library, the Biblioteca de Catalunya, art schools and other cultural organisations, will take you back to the atmosphere of a bygone age. 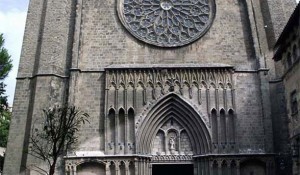 We can now take a closer look at the church of Santa Maria, which nestles between the picturesque squares, the Plaça del Pi and Plaça Sant Josep Oriol

Antònia, the biggest of the six bells that crown the octagonal belfry of the church of Santa Maria del Pi can be heard ringing out all around Barcelona's Gothic Quarter. 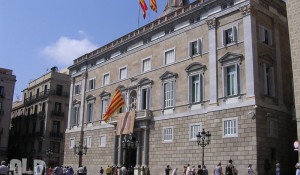 Palace of the Generalitat

The Palau has pure Gothic, flamboyant Gothic, Renaissance and baroque elements behind the neoclassical façade. The building was constructed between the 15th and mid-17th centuries and this accounts for the variety of architectural styles. The delicate beauty of the Pati dels Tarongers, the courtyard planted with orange trees, is particularly outstanding. 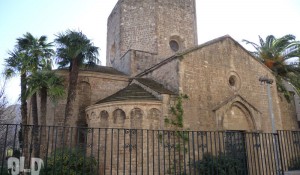 This small Romanesque church along the Carrer de Sant Pau is a haven of peace, away from the noise and bustle of Barcelona's Raval neighbourhood. Its thick stone walls enshrine the mysteries and wonders of a primitive architectural style steeped in symbolism which tells us about the past when convents dotted the Barcelona landscape. 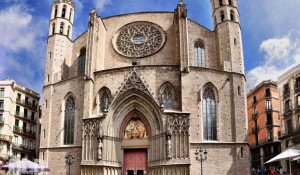 The basilica of Santa Maria del Mar in Barcelona

Also known as the "cathedral of La Ribera", is one of the most perfect examples of Gothic style architecture due to its harmonious proportions and the serenity of the ensemble. 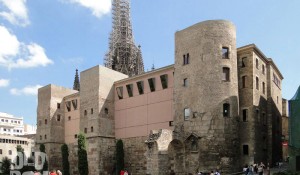 The Roman wall which adjoins Barcelona's Plaça Nova has a secret in store. On the other side, stands the entrance to the Casa de l'Ardiaca, or Archdeacon's House, which contains interesting archaeological remains. As you enter the Casa de l'Ardiaca's courtyard, you'll find a building which is a fusion of all eras and styles. 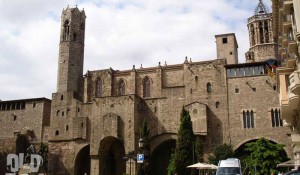 Wall and defence towers of the Roman city of Barcino

In the Plaça Ramón Berenguer, behind the equestrian sculpture depicting the Catalan count, there is a section of the Roman wall crowned by the Gothic chapel of Santa Àgata

The area is a majestic blend of two different Barcelonas: the Roman and the medieval. 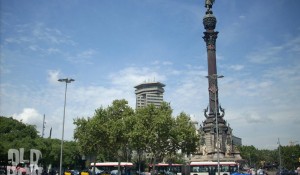 The Columbus Monument, stands at the end of Barcelona's Rambla, near the sea. Take the lift inside the column to the viewing gallery at the top, 60 metres above the ground. 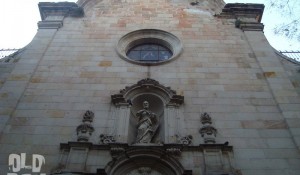 The tiny church of Sant Felip Neri is tucked away in a hidden corner of the Gothic Quarter: a little square with a romantic atmosphere which bears the same name

The baroque yet austere façade bears the scars of bombing. The restoration and cleaning of the building sought to preserve the painful memory of the Spanish Civil War. 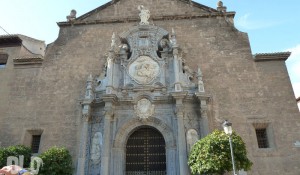 Church of Sants Just i Pastor

Tradition has it that this is Barcelona's oldest church

Whether this is true or not, it is clear that this 14th-century building stands in one of the Gothic Quarter's most charming and least explored spots. Another example of the splendour of the city in the medieval era.