In 1888 Barcelona hosted the Universal Exhibition

The Arc de Triomf was built as the gateway to the fair which was held in the Parc de la Ciutadella. The monument is classical in shape and proportions and features ground-breaking sculptural and decorative finishes replete with symbolism. It has become one of the city's iconic landmarks.

The Arc de Triomf rises up majestically at the top of the Passeig Lluís Companys. The gateway to the 1888 Universal Exhibition, the arch stood at the end of the Saló de Sant Joan, the boulevard that led to the exhibition grounds in the Parc de la Ciutadella. The architect Josep Vilaseca designed a monument of classical style and proportions as an allegory of Barcelona's respect for the nations and provinces taking part in the exhibition. As a counterpoint, Vilaseca chose to build the arch from brick and decorate it with sculptural motifs evocative of the neo-Mudejar style that was very much in vogue in Spain at the time. The combination of red brick with the series of friezes around the arch, make it a singularly beautiful landmark.

If you take a close look at the arch you'll soon realise that the Arc de Triomf was the gateway to the modern Barcelona of the late 19th century. The frieze overlooking the Passeig de Sant Joan depicts Barcelona welcoming the nations and the frieze facing the park shows the city presenting medals to the exhibition participants. There are reliefs on one side symbolising agriculture and industry, and commerce and art on the other. At the top of the arch the shields of the 49 Spanish provinces are presided over by the coat of arms of the city of Barcelona. 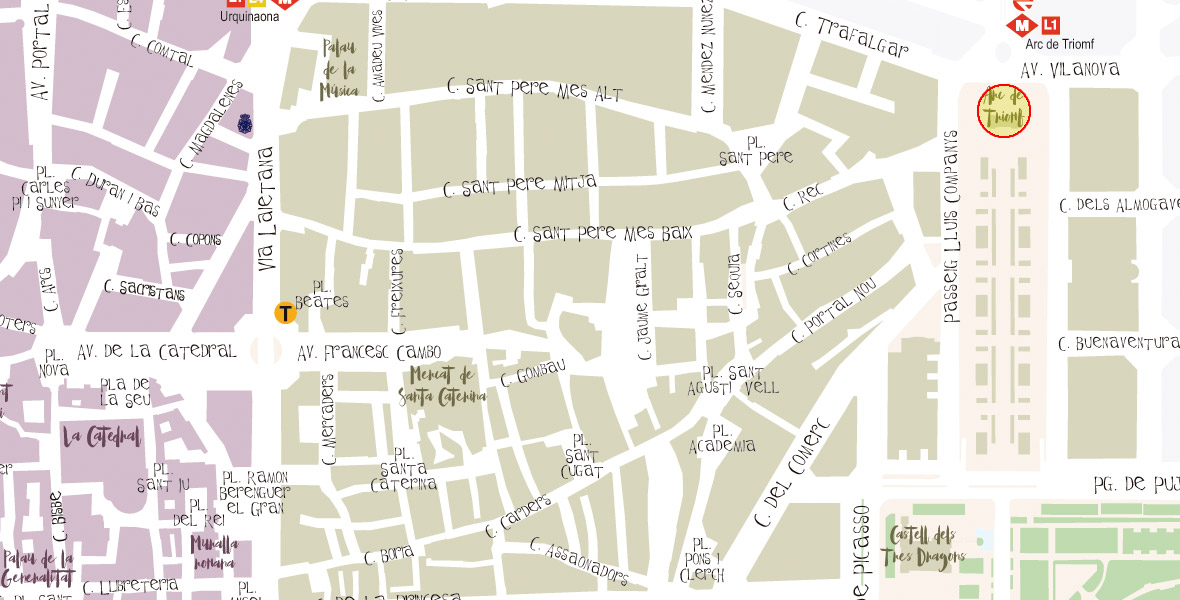