Barcelona's Carrer Montcada is lined with a succession of medieval, Renaissance and baroque palazzos, their majestic doorways opening to reveal their beautiful courtyards of venerable stone

They bear witness to the rich and glorious past of medieval Barcelona's main street which was home to the city's nobles.

The origins of Carrer Montcada can be traced back to the 12th century when the dynasty of the Barons of Montcada were given the land by the Count Kings of Catalonia as a token of gratitude for the support they had given to King Ramon Berenguer IV in the conquest of Tortosa. During this time, Barcelona's noble and merchant classes, who had made their fortunes at sea, started building their magnificent homes here. They are mansions or palazzos, most of them constructed in the Catalan Gothic style around a central courtyard which leads to the first floor via a beautiful staircase. The street still retains examples of medieval palazzos, such as the Palau Aguilar, Palau Meca and Palau Baró de Castellet, which houses the Museu Picasso of Barcelona, and Renaissance ones, including the Palau de Cervelló and the beautiful baroque Palau Dalmases.

As you walk along Carrer Montcada, beneath the galleries with their vaulted ceilings, you'll relive the atmosphere of medieval Barcelona's glorious past, while visiting art galleries and museums. 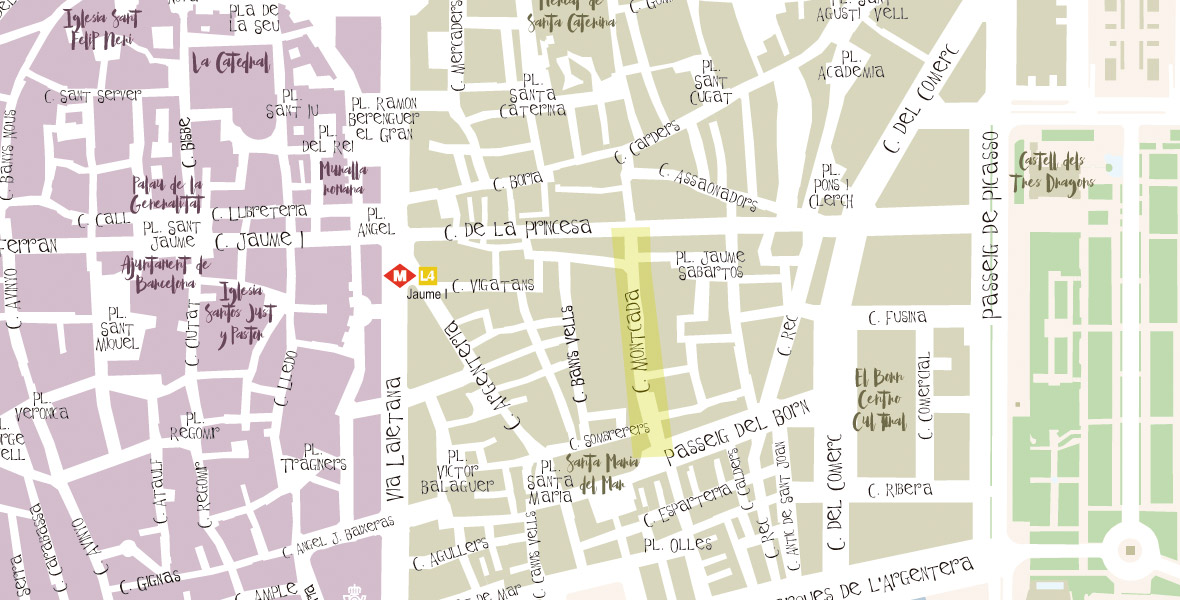